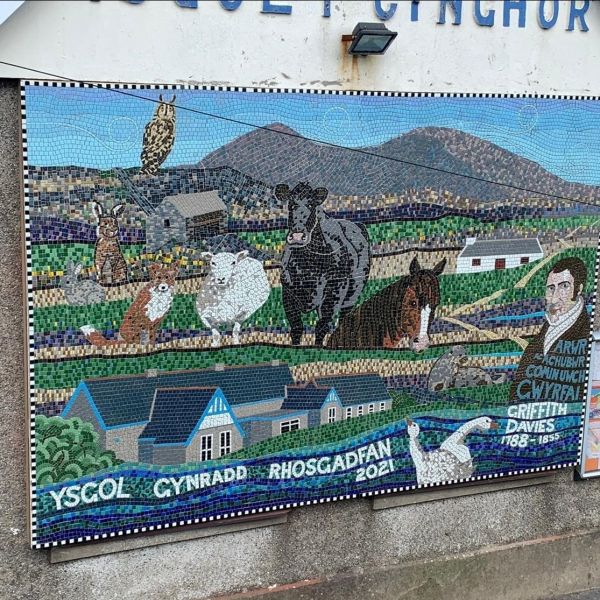 A bright future for the Uwch Gwyrfai Common

Saddling a small section of the National Park’s north-west boundary lies the Uwch Gwyrfai Common – an area of mountain heath, and an important habitat for a diversity of vegetation and birds. To safeguard this important habitat for the wildlife it supports and to encourage an enhancement in the diversity of species, while also maintaining the pasture for the grazing society, a joint project was established between the National Park Authority and the Uwch Gwyfrai Grazing Society. The project was funded through the Welsh Government’s European Agricultural Fund for Rural Developments.

In addition to the environmental advantages of implementing a heath management programme, local landowners also benefited from a special grant scheme to repair traditional stone boundaries. The project also contributed to better stock control by fencing the common’s boundaries and planting hedges to promote biodiversity, as well as facilitating the installation of a cattle grid in the small village of Fron to prevent sheep from escaping the common.

Community engagement formed an important part of the project, and the local school, Ysgol Rhosgadfan was involved in the creation of a new mosaic mural on the school wall. The pupils worked with local artist, Ann Smith on a design that celebrated some of the area’s special qualities.

One of the project’s aims was to encourage people to go out to explore and learn more about their local area, and to this end maintenance work was undertaken on the Ffynnon Dŵr Oer path and the Rhosgadfan tram path, as well as hosting guided walks in the company of ecologists and historians.

“Working with the Uwch Gwyrfai Common community over the past two years has been a real pleasure. The project has been a great success, and has achieved so much within the area by working collaboratively with landowners, individuals and local initiatives and businesses.

Although the Covid-19 pandemic hit half-way through the project, we were lucky that it did not have too much of an impact on the project’s momentum. It’s so nice to hear such positive feedback about the footpath work, with more people exploring their square mile”.

“After years of consultation and committees we are now able to enjoy the fruit of our labour, and we grateful to everyone who has been on the journey with us. We are confident that the restored common will be of great benefit to the community, that the graziers are also part of. The mural at Ysgol Rhosgadfan is also a very fitting tribute to Griffith Davies, who saved the common for local folk.”