Discover
Discover
Snowdonia's endless landscape is home to a wealth of treasures to discover and enjoy.
Discover
Landscapes and Wildlife
History and Heritage
Culture, Language and Community
Events
Protect
Protect
We can all play a part in protecting Snowdonia for generations to come.
Protect
Challenges
Conservation Work
Volunteer
National Park Wardens
Eryri Ambassador Scheme
Visit
Visit
Get the most out of your visit to Snowdonia by planning ahead
Visit
Plan your Visit
Yr Wyddfa (Snowdon)
Llyn Tegid
Walks and Routes
Access for all
Plas Tan y Bwlch
Shop
Map

Discover Protect Visit Shop
Language
Park Authority Planning & Development
Discover
Snowdonia's endless landscape is home to a wealth of treasures to discover and enjoy.
Discover
Landscapes and Wildlife History and Heritage Culture, Language and Community Events
Protect
We can all play a part in protecting Snowdonia for generations to come.
Protect
Challenges Conservation Work Volunteer National Park Wardens Eryri Ambassador Scheme
Visit
Get the most out of your visit to Snowdonia by planning ahead
Visit
Plan your Visit Yr Wyddfa (Snowdon) Llyn Tegid Walks and Routes Access for all Plas Tan y Bwlch
Dewiswch eich iaith
Please select your language preference
Hoffwn weld y wefan yn Gymraeg
Parhau yn y Gymraeg
Gallwch newid iaith unrhyw bryd
I would like to view the website in English
Continue in English
You can switch language anytime
results for result for
Sorry - no results were found for
Try one of our suggested links below: 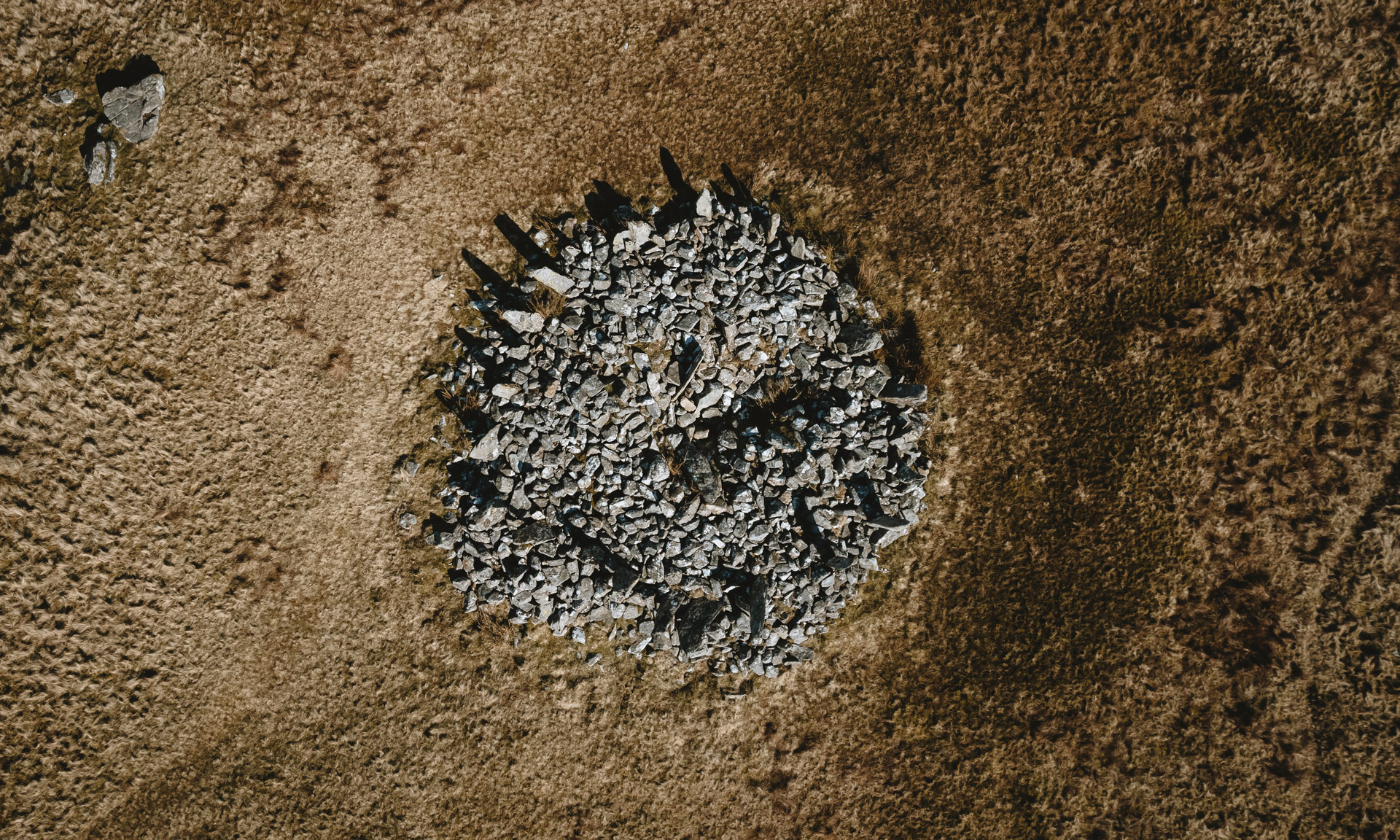 The National Park exhibits a wealth of archaeological remains, many of which are important on an international level. From UNESCO World Heritage sites to fantastic roman remains, Snowdonia’s archaeology is one of its defining features.

A cairn is a man-made pile or heap of stones. Cairns come in different shapes and forms and would be built in prehistoric times to serve as memorials, burial grounds or ceremonial locations.

There are many examples of prehistoric cairns and burial chambers within the boundaries of the National Park.

Bryn Cader Faner, near Trawsfynydd, is a striking example of a cairn, with its sharp pillars surrounding the round stone pile.

There are thirty hillforts in Snowdonia National Park, and although some sites have been excavated, dating these historical sites remains difficult.

In addition, there is debate regarding the exact purposes of these forts. Some may have been built for defensive purposes and others for religious or decorative purposes.

Between 1979 and 1985, the Snowdonia National Park Authority carried out excavation work on Bryn y Castell, a hillfort near Ffestiniog. The work showed that the main activity at Bryn y Castell was the production of iron. Excavations uncovered waste slag, hearths, stone hammers and even glass bracelets. 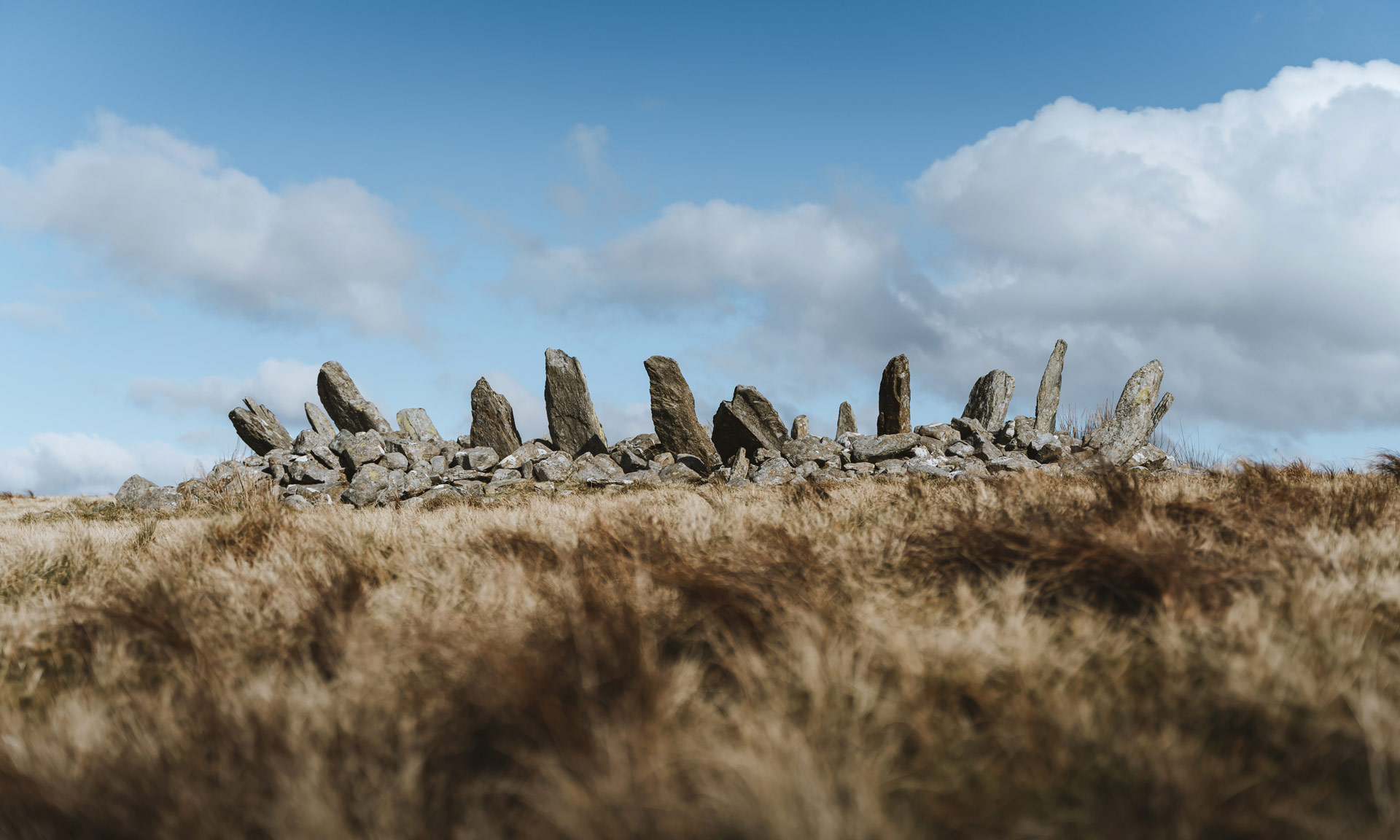 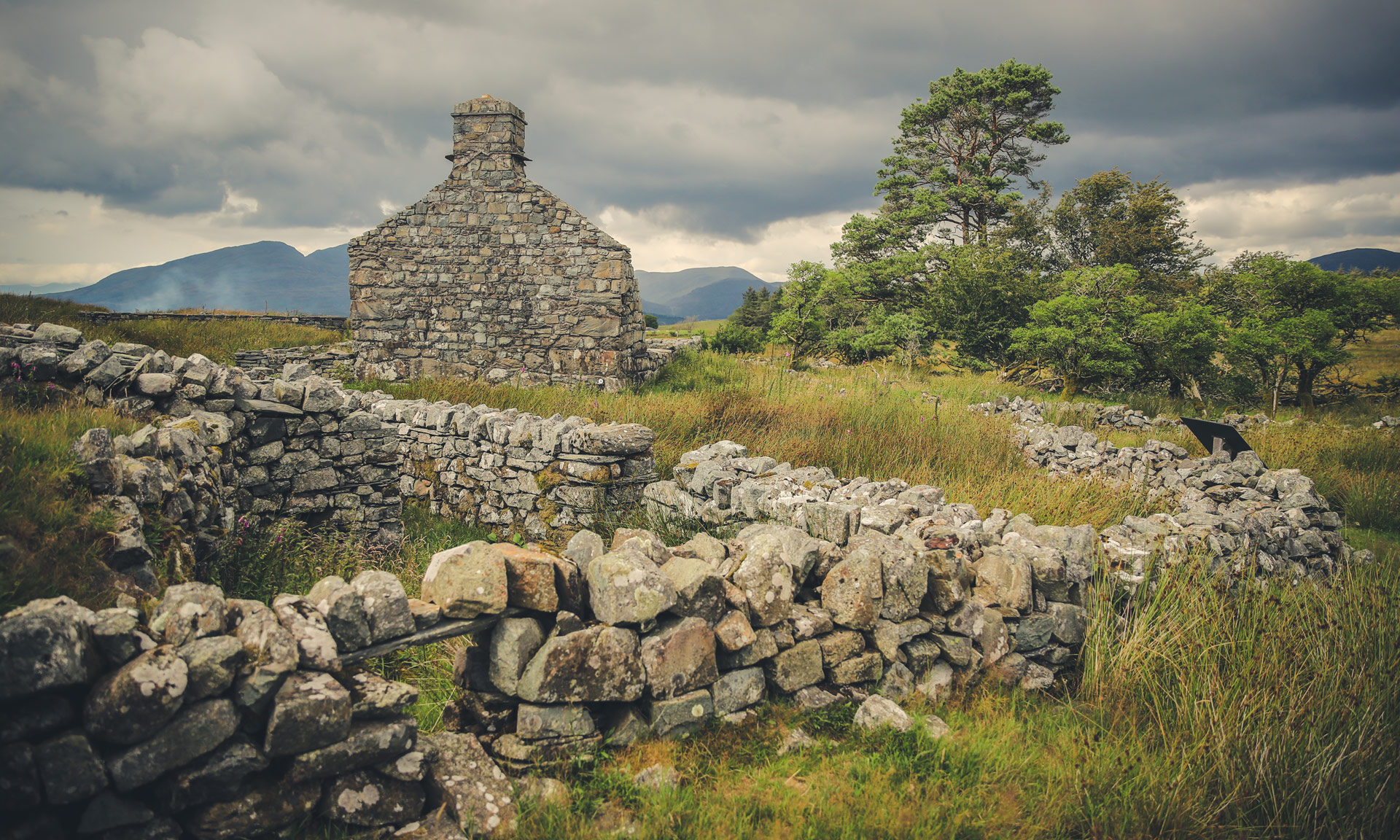 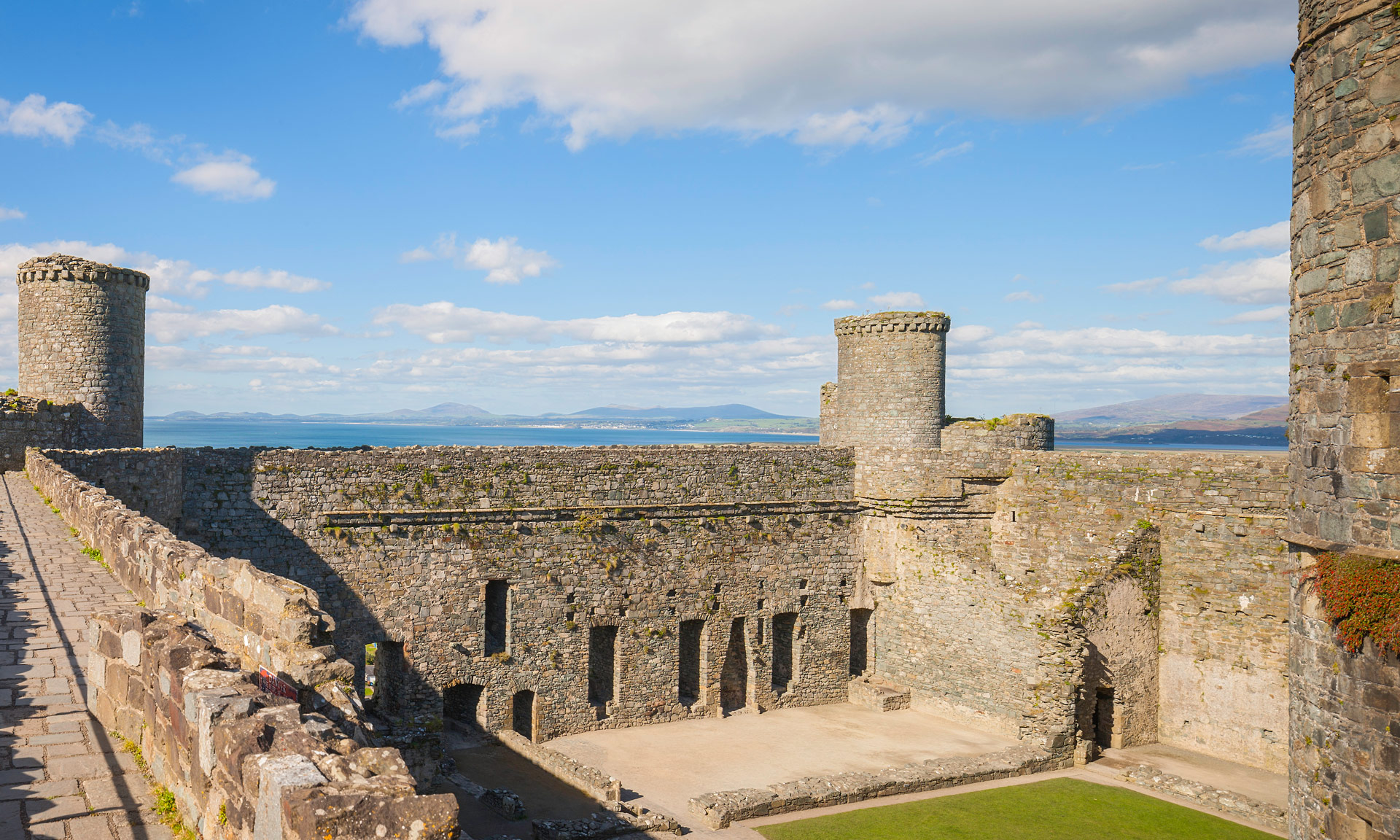 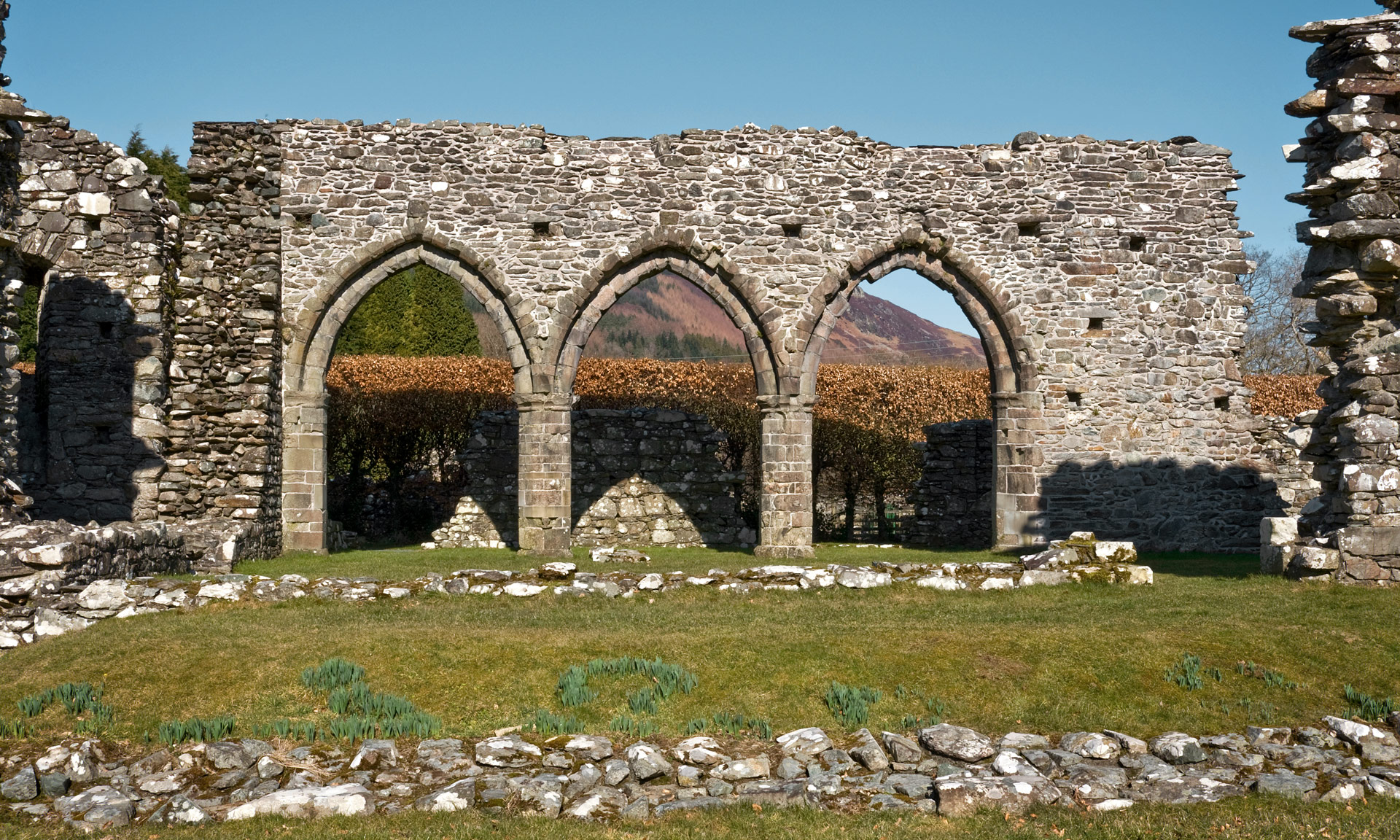 One of the historical highlights of the National Park is Tomen y Mur near Trawsfynydd. Tomen y Mur is associated with Roman archaeology, although the Normans also used the site.

Remains of marching camps have been found in Snowdonia, with most of them near the Tomen y Mur site.

In the Carneddau area, a Roman mountain pass runs between the peaks of Tal y Fan and Y Drum. This area is known as Bwlch-y-Ddeufaen, as two standing stones or monoliths are placed at either end of the road. This Roman road connected Caerhun and Caernarfon.

A landscape rich in archaeology.

Bryn Cader Faner
An impressive Bronze Age cairn in the Trawsfynydd area.
Tomen y Mur
Roman historical site dating back to the First Century AD.
Harlech Castle
One of Edward I's impressive military castles, built between 1282 and 1289.
Dolwyddelan Castle
Castle built by Llywelyn the Great in the early 13th century.
Bwlch-y-Ddeufaen
Roman mountain pass that led to Caernarfon, or Segontium as it was known to the Romans.

Medieval Wales was divided into kingdoms very different from the counties we know today. A different king or prince ruled each kingdom. The kings and princes of these kingdoms built stone castles all over north-west Wales. Many of these castles remain visible, with most still standing today.

The best examples of the castles of Welsh kings and princes include Harlech Castle, Cricieth Castle and Castell y Bere.

Between 1277 and 1283, many of these castles were conquered by English armies.

This was a period of intense warfare between some of the kingdoms of England and Wales that led to Edward I, king of England from 1272-1307, building a series of military castles at several sites in north-west Wales.

In Roman times, people began to take advantage of Snowdonia’s agricultural potential. They built houses and shelters throughout the land and stone walls to create fields for animals.

The remains of these houses and fields are widely scattered across the valleys and uplands of Snowdonia. Dating back over 2,000 years, they are among the best and most intricate examples of prehistoric settlements and fields in Europe.