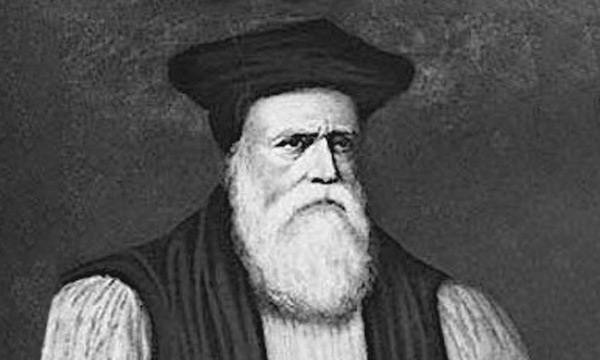 An inestimable site of national significance

Tŷ Mawr Wybrnant is a house dating back to the 16th century in Bro Machno, near the village of Penmachno.

The national significance of this site is inestimable. It was the birthplace of Bishop William Morgan, who translated the Bible into Welsh.

The significance of Williams Morgan’s work

To understand the significance of William Morgan’s work, we can look at Wales’s position as a country when the translation was published.

In 1536, a law was introduced that united England and Wales legally and religiously. The same laws and religion would be followed in both countries. The act did not recognise the Welsh language as an official language and posed a severe threat to the language.

When William Morgan published his Welsh translation of the Bible in 1588, Welsh was given new status and symbolism as a language of learning, a language of worship and an official language.

William Morgan spent ten years translating the bible into Welsh. He translated the work from Hebrew and Greek.

William Morgan’s motivation was evangelical as he hoped to allow ordinary people access to religious material.

The people of Wales at the time spoke very little English, let alone ‘religious’ languages ​​such as Hebrew or Greek.

Until a few years ago, William Morgan’s original translation was kept at Tŷ Mawr Wybrnant, but it was moved to Chirk Castle during the COVID-19 pandemic.

Tŷ Mawr Wybrnant is in the care of the National Trust and has been restored to reflect how the house would have looked in the 16th century.